Article from your blog

We have discussed about the concepts of face detection and recognition in our last blog .

Due to the complexity of the technology, most of these new services who use facial ID do not build the technology themselves but rather use an API provides by the big tech companies like Amazon or Microsoft.

Amazon Rekognition makes it easy to add image and video analysis to your applications. Amazon Rekognition provides highly accurate facial analysis, face comparison, and face search capabilities. You can detect, analyze, and compare faces for a wide variety of use cases.

Image and video analysis on faces.

Enrollment: Enrollment is the process of enrolling images of individuals for template creation so they can be recognized.

Probe Image: A probe image is an image submitted to a facial recognition system to be compared to enrolled individuals. Probe images are also converted to probe templates.

Accuracy of a Face API depends on below factors:

We tried to verify the images of some random samples and Check the likelihood that two faces belong to the same person and receive a confidence score.

The use case we focused mainly was when there is a source image available for a user and while verifying we use a similar setup, take a picture of user’s face and verify if the face belongs to the user in question.

( Above images have been downloaded from online available datasets)

We randomly selected 1 source image and used them to train the API. Then for each of these users we tested 2 positive examples (2 different images of the same user, expected output being that these match) and 2 negative examples (2 images of random users, expected output being that these do not match for the given user). We continued this process for 5 different individuals

So a total of 20 tests for each of the 2 API providers.

Ideally one would want a 100% TP and 0% FP. For any serious application, any amount of FP is completely unacceptable since that can cause a serious security issue. Also, a low rate of TP would be really frustrating for users, since they might need to try multiple times to pass the authentication.

As stated above, these APIs return a ‘confidence’ value for each tested image, and what value you decide as the cutoff to trust the match determines when a tested image is considered a match. A higher cutoff can mean low FP but can also mean low TP. The exact value of the ‘confidence’ is not comparable across APIs, but the values of the cutoff we chose for each API reflects similar strictness of the decision for the API.

So we tested the results with different threshold values of confidence interval. 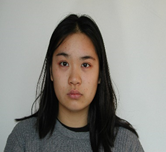 (Above images have been downloaded from online available datasets)

Each of these APIs provide a way to make a collection/gallery for a given user where training images are added, post which the gallery is trained and then a new image can be tested against a gallery giving the confidence value of a match. This confidence value suggests how likely is it that the test image matches the user in question.

Above images have been downloaded from online available datasets

Above images have been downloaded from online available datasets

·   We have verified that after training MS cognitive with 3-4 sample images, the confidence score increases by 2-3%  in comparison to only 1 training image whereas it remains consistent in case of AWS recognition model.